Taranaki ran out comfortable victors over Whanganui in the representative tennis fixture played in Whanganui on Sunday.  Initially, the fixture was rain delayed but finally got underway at 1 o'clock.

Even though Whanganui's number one players of Kyle Butters and Paige Hourigan were too strong for Taylor Nelson and Nikayla Barnard, Taranaki's depth proved too much for the smaller province to handle.
After the singles Taranaki had a commanding 8-4 lead but Whanganui may have felt they still had a chance if some of the close doubles tussles went their way.

Unfortunately for Whanganui, the tight matches went the way of Taranaki. Abby Ross and Derryn Fleming refused to lie down and played with real Taranaki spirit, to eventually pip Paris Butters and Noel Simmons 7-6(5) 6-7(3) 7-6(8). Maria Spurdle and Courtney Tippett then pulled out a similarly tenacious Taranaki effort to beat Josie Jarvis and Dale Turner 6-4 5-7 7-6(5).  These tight doubles wins meant Taranaki only needed one win in the combines to carry the day.  Taranaki won five of the six combines to see the team finish comfortably ahead 17-7.
Taranaki is scheduled to take on Hawkes Bay in January. 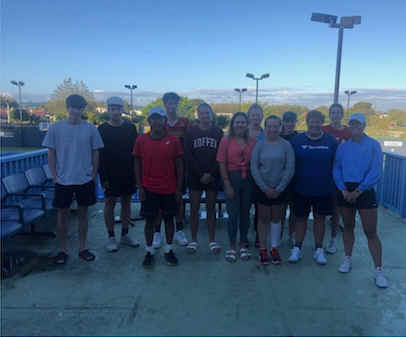 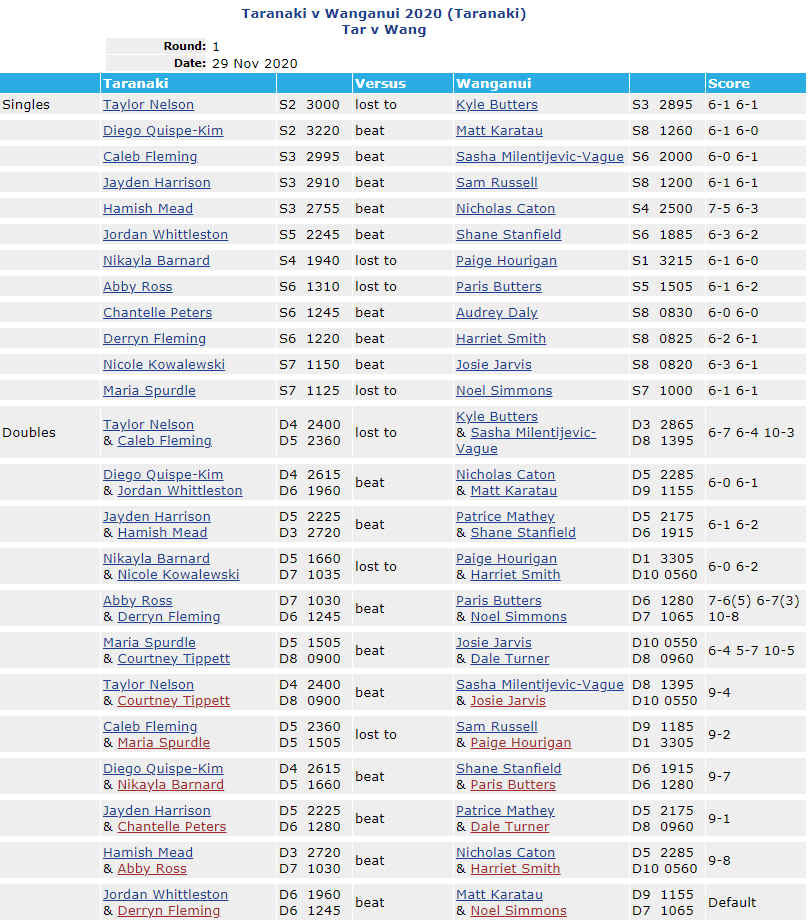